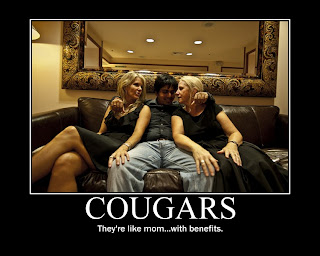 Utah has a tendency to get a bad rap. A lot of it stems from those that like to make fun of the Mormon religion with the tired old multiple wife jokes etc. Some of it is due to the 3.2 beer and some of their funky alcohol laws. I lived in Salt Lake City for nearly eight years on two different occasions and absolutely loved the place. Sure it’s got it’s quirks but most places do. Heck, I lived in the Detroit area a lot of years, a place that is known to have some, you know, murder issues?! So Salt Lake is fine by me. But another reason Utah is sometimes made fun of is due to wacky stories like this one first reported by Fox 13 in Salt Lake and then picked up by the likes of the USA Today and sites all over the internet. As it goes Corner Canyon High is a new school opening up in Draper in 2013. Recently they held a contest to name the school and Cougars won out with 23% of the vote. However the school board rejected the name citing that it’s a derogatory term for some women. Yes older women called “Cougars” that tend to prowl on younger men. Apparently the board also rejected it because combining that nickname with their blue and white colors would be too similar to BYU. Ok I could buy that. But offending to women, really?! Forget about Utah dropping the Utes nickname. I guess BYU has to get rid of the Cougars nickname as well. As for their new nickname–Corner Canyon High will be known as the Chargers.  A professional football team that never reaches it’s potential.  I like Cougars better!